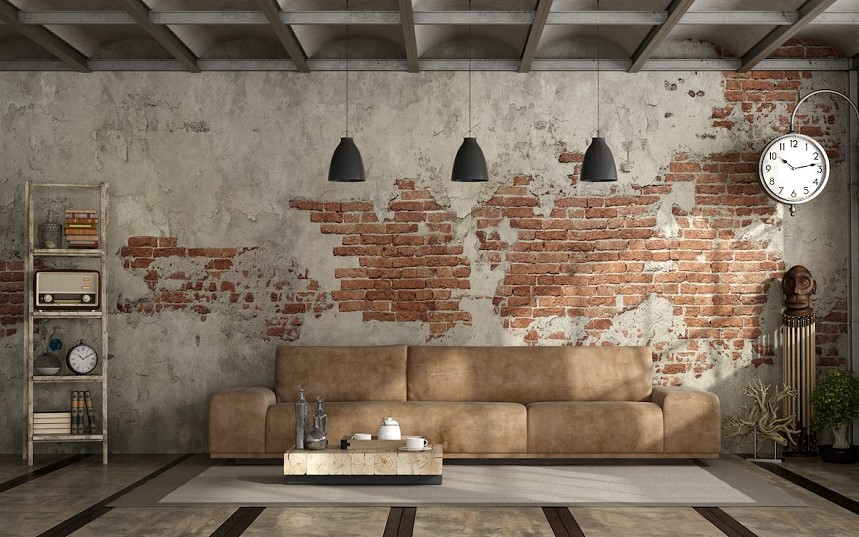 Probably, you have already met with the concept of a loft at least once in your life. Today, this is a popular term, it is often used in the phrases loft apartment, loft office, and loft furniture.

A loft can be a very comfortable design solution. However, in order to understand whether such an investment will be really useful for you, you need to understand what a loft is and what features it has. 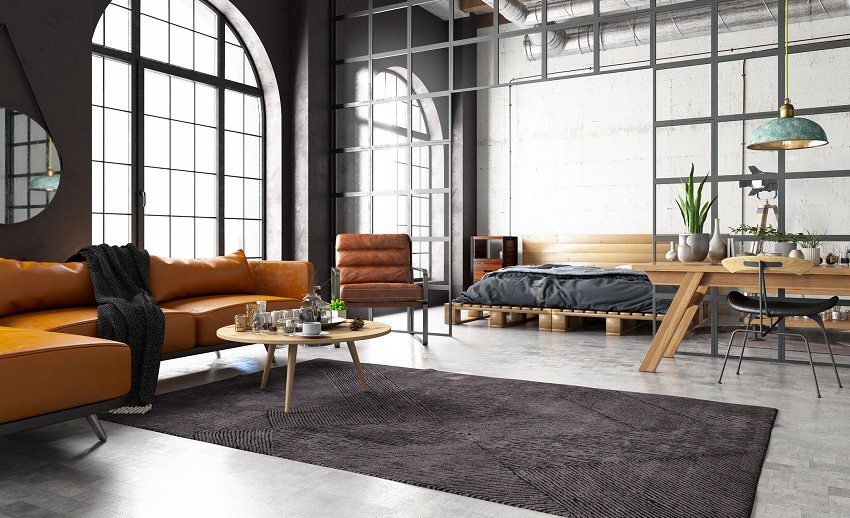 What is a loft, and the origin of this concept?

It is believed that the loft appeared as a phenomenon of post-industrial space. The economic development of many countries has ceased to develop heavy industry so actively, due to the fact that the need for this has become less.

Industrial spaces, which are engaged in the production of roads, concrete, and metal, are associated by many with dirt, disharmony, and disorder.

But the new idea of ​​investing in abandoned properties such as factories has given such spaces new life.

Loft style has become a new trend in art and architecture, giving birth to post-industrial culture. 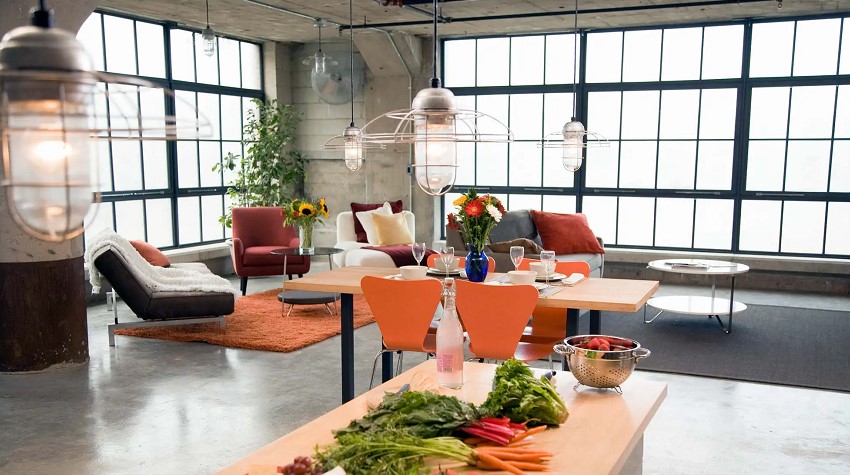 Why is it called a loft apartment?

So, what is a loft? A loft, by definition, is a space or room directly below the roof that is used for commercial or residential purposes.

A few decades ago, this definition was more accurate, since lofts were equipped even above a working factory, so this meant the top floor of the building.

This definition originated in the United States. In the UK, a loft is a storage space under a roof that can be reached by stairs.

Now the word loft refers to a large open space in a factory, warehouse, or other industrial premises, which has been converted into a living space or office.

It can also be the loft studio apartments, gyms and dance halls, a cinema or even a theater, as well as techno clubs. 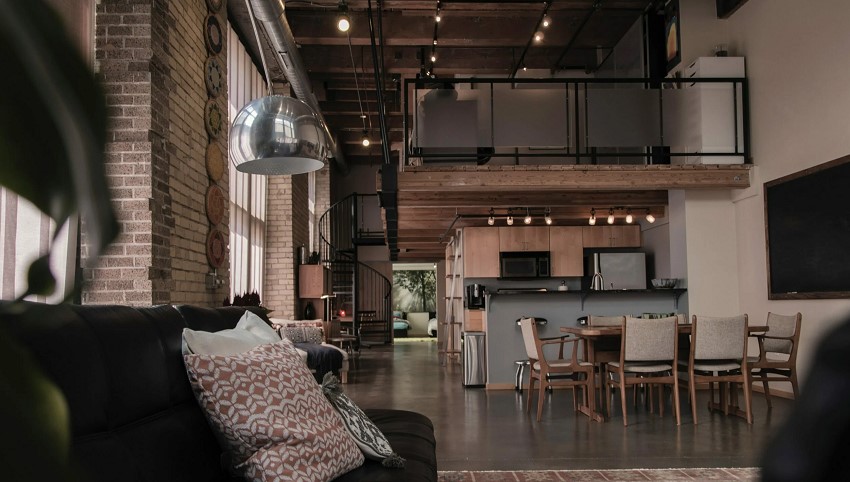 The origin of the loft apartments idea

Initially, the loft style appeared thanks to artists who did not have enough money to rent a room for a workshop.

These artists began to use and equip the upper floors of factories or warehouses for workshops (often illegally).

This trend soon spread and gained popularity in various areas of life. And when professional designers and architects got down to business, lofts became a really fashionable and widespread solution. 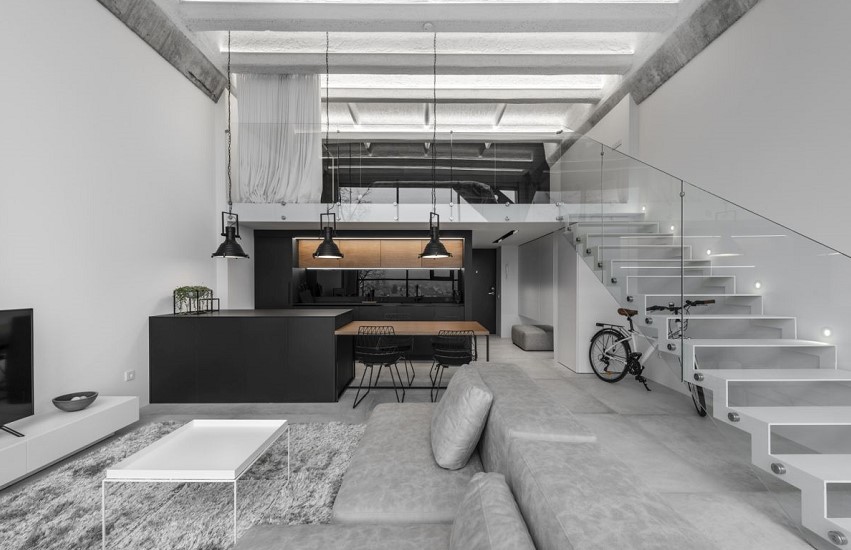 New York – a field of style

New York is a city that is considered the cradle of lofts. Most opinions say that the first loft apartments began to appear in Soho in the late 1960s and early 1970s.

At that time, this territory was abandoned and forgotten and was called an industrial desert.

The place had a bad reputation, despite its location in the historic district – next to West Broadway, Canal, Houston, and Lafayette. Now the areas of New York with a large number of loft apartments are Brooklyn and Manhattan. 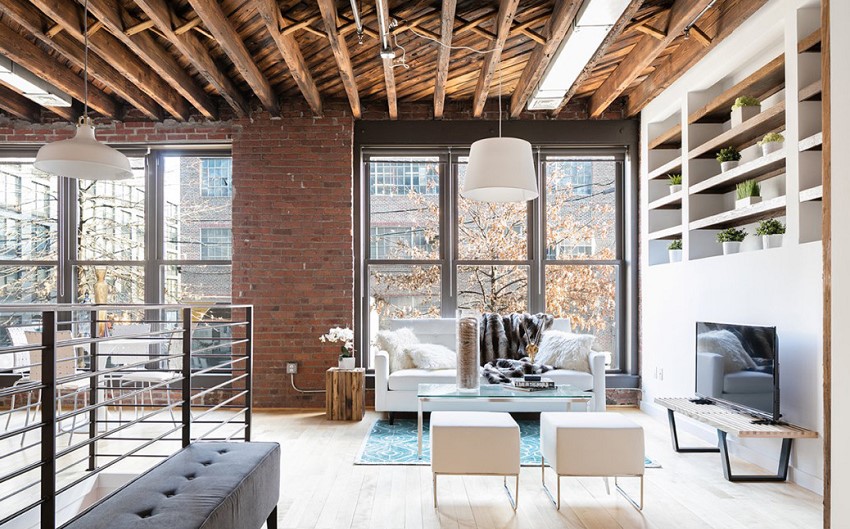 Abandoned factories and warehouses can become new and stylish spaces without being very expensive.

Instead of homeless people, crooks and thieves, progressive modern people began to live in such areas, which increased the reputation of such industrial areas.

The idea of ​​turning the ruins into loft apartments began to spread on a larger scale – as part of the city’s initiative to revive abandoned commercial buildings.

Such a transformation makes the city better – because now the lofts are art and photography studio apartments, museums and galleries, and even restaurants.

One such pioneering project for New York City was the transformation of the Manhattan Meatpacking District. 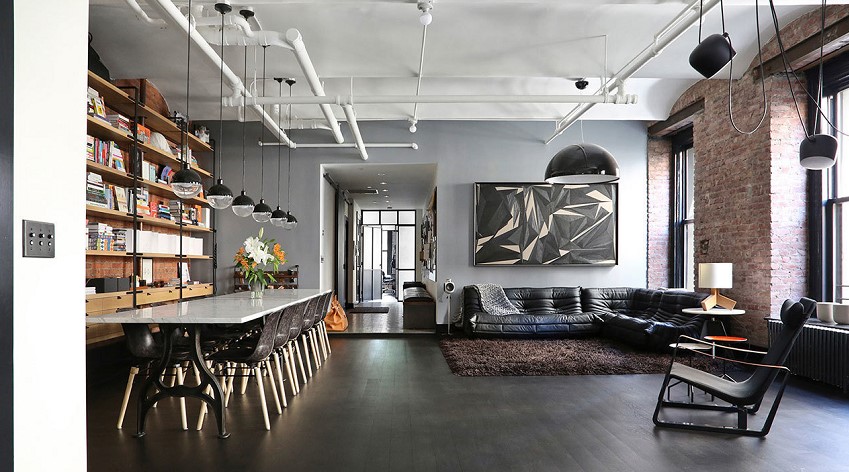 Legal aspects of the loft

Due to the fact that lofts began to spread rapidly, in 1982 a separate loft law was passed in New York.

This document was intended to protect the people who live in such commercial buildings.

People were given certain rights, but they were also required to adhere to certain conditions regarding their housing.

This law also announced the formation of a special New York City Loft Board and a Loft Board.

These formations are obliged to control the safety of the process of turning the former centers of industrial industry into residential premises and to monitor fire safety.

The obligatory condition was the presence in the loft of at least one window that overlooks the street or courtyard.

The loft spaces also had to be at least 400 square feet. It was forbidden to place loft apartments in basements, industrial areas, or in the basement of a warehouse or factory. 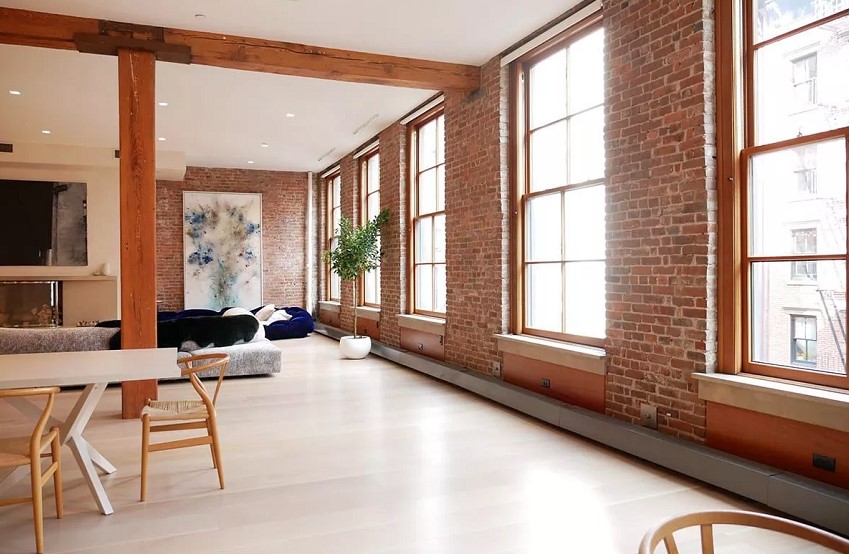 A loft apartment is essentially a huge room, usually without internal walls (with the exception of a bathroom).

Imagine a huge room that combines a bedroom, kitchen, and living room, and at the same time has exposed pipes, high ceilings, ceiling beams, and at least one window (usually floor-to-ceiling windows). 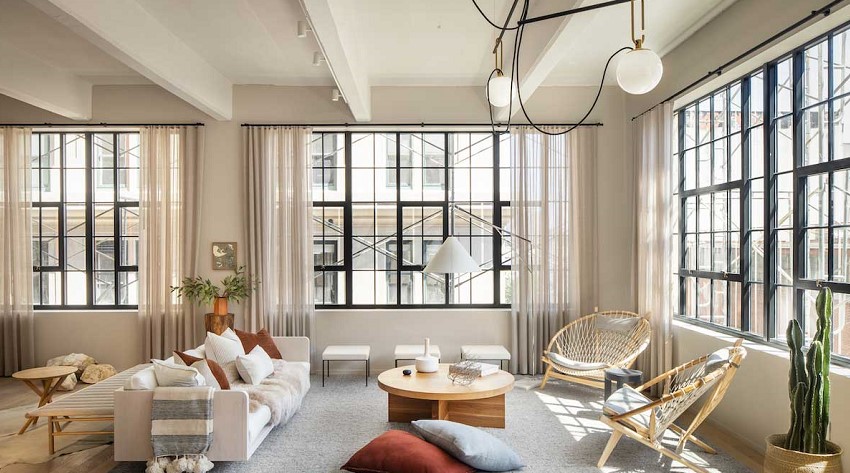 The loft office is also a large open studio apartment in an industrial space, but there are often glazed partition walls between the rooms.

So, the hallmarks of such a loft are steel mezzanine construction with balustrades, glazed loft walls, logos, wells, and floor searches. 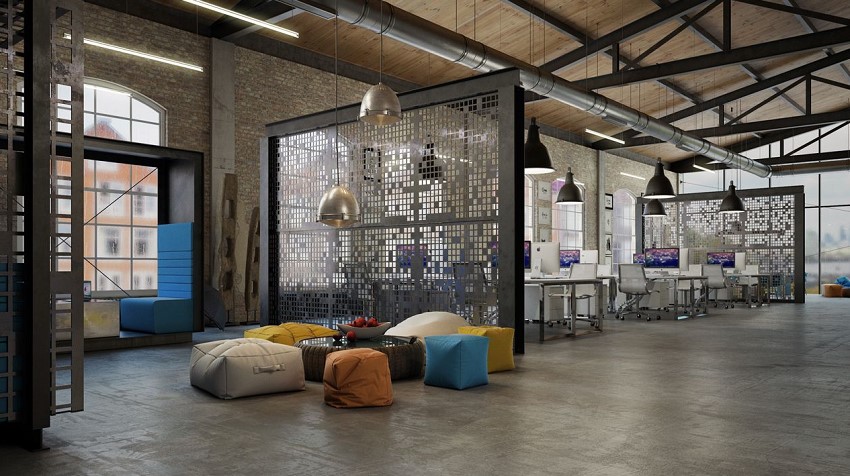 The large open space of the loft apartment, of course, creates many options for furnishing it, which makes each loft unique, depending on the architectural features that are used in its design.

What is a loft vs apartment?

The main elements of the loft living:

The main challenge when designing a loft space is to preserve open space while maintaining personal space.

That is why, if a whole family lives in loft spaces, the separation of individual rooms and places with loft internal walls or temporary sliding screens is a good solution.

Let’s look at the main types of loft apartments and answer the question of what is a loft considered? 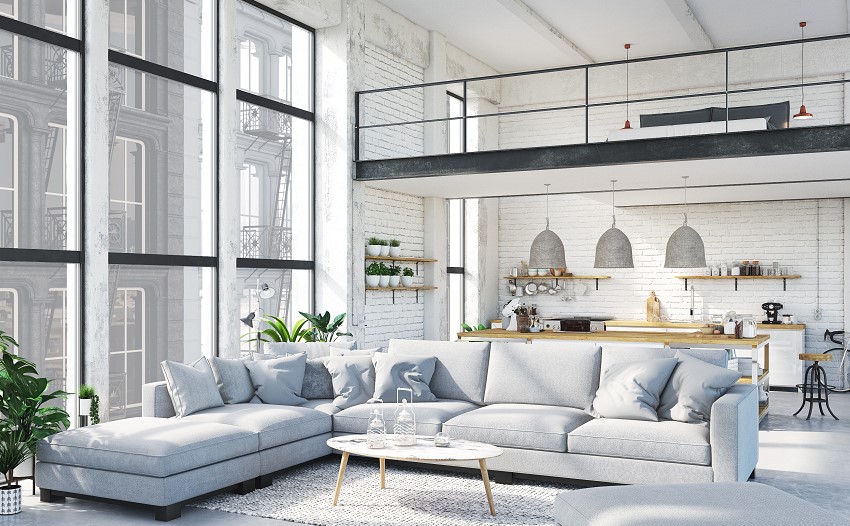 This is a loft apartment in which there are 2 floors and a staircase leads upstairs – to the mezzanine. Most often, on the ground floor, there is a place where you can retire – a bedroom, an office, or a bathroom.

A synonym for this concept in the US is California Loft Apartments.

A mezzanine is a partially open space that is provided with metal or wooden balustrades for security. Such semi-open spaces further expand the space, however, to ensure privacy, some install a loft wall, turning the loft living into a custom two-story apartment. 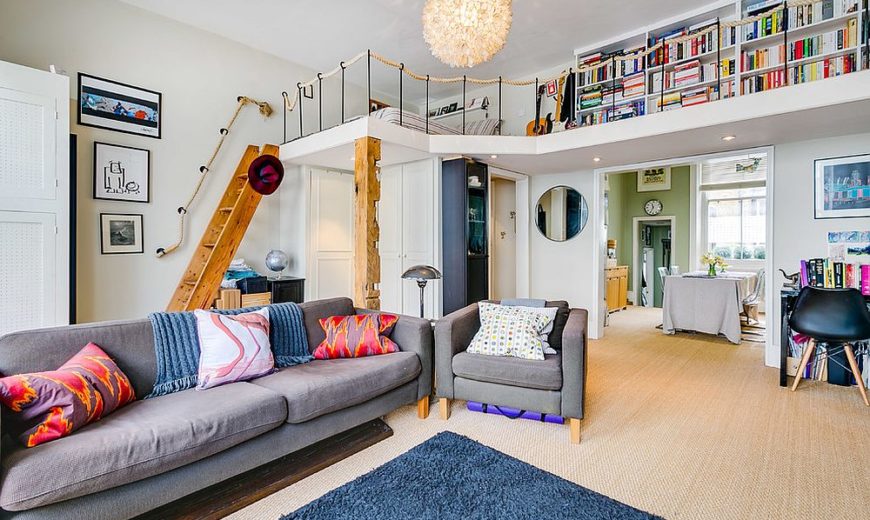 Hard lofts are lofts in the classical sense, that is, former industrial buildings converted into a flat or offices. 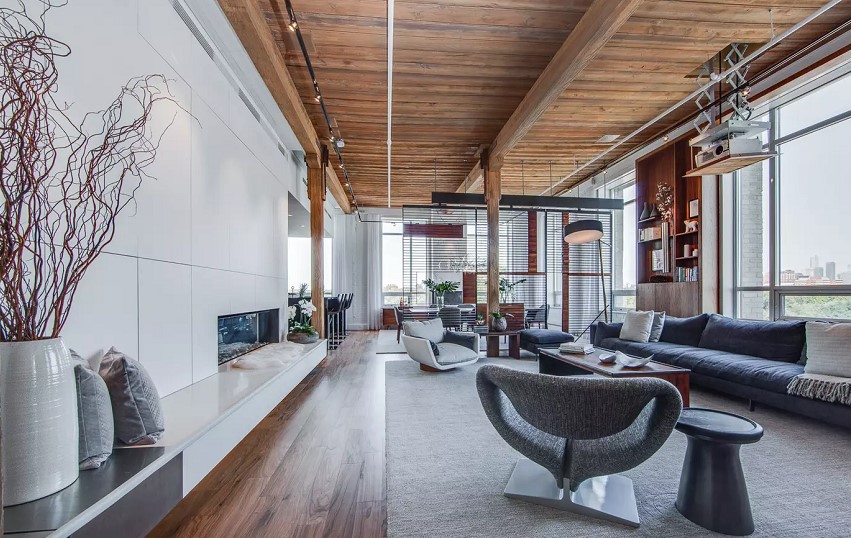 What does a loft mean in a house? Soft lofts are the rooms in new buildings that have never been industrial. This room is called a loft not in essence, but in style and because of the characteristic interior design.

The advantage of soft lofts is their safety, while old industrial buildings of the century-old rarely meet safety criteria, new buildings are designed according to all the rules and are designed for comfortable living.

In turn, this gives more freedom to architects and designers. 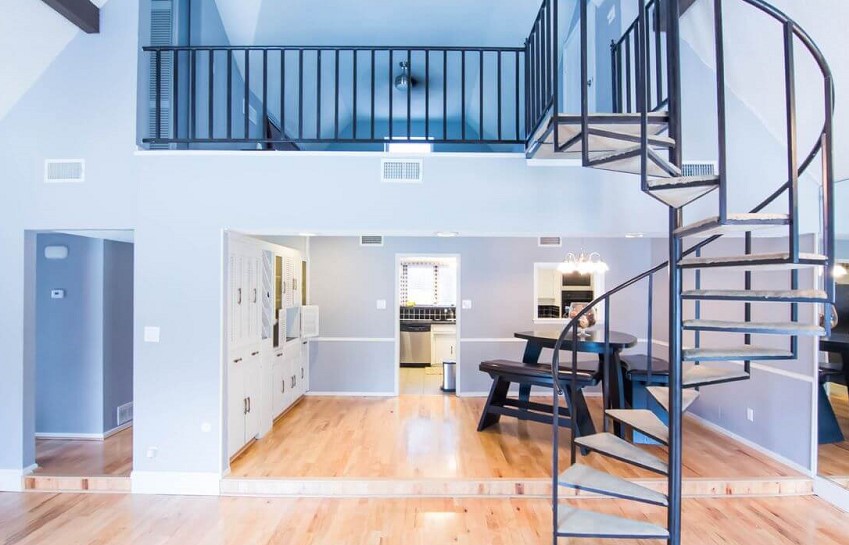 Advantages and disadvantages of a modern loft

We told you the romantic story of the creation of the first loft apartments.

Let’s look at the pros and cons of a loft apartment in order to understand whether this type of room is relevant for you.

If you need a large, open loft space with high ceilings for psychological comfort or work, this is definitely your option. A large area gives you the freedom to create designs for every taste, even if you are not a fan of minimalism. 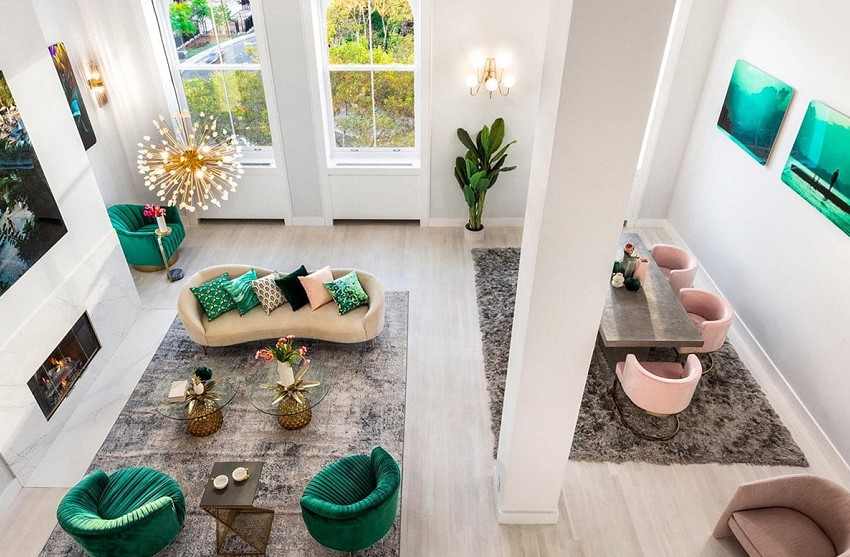 • Comfort of work and living

Some lofts are designed for both residential and commercial purposes, which gives you the right to set up a small business there.

This is rather an advantage of classic hard lofts, since the former factories are now located in very busy historical areas with wonderful infrastructure and many shops and restaurants nearby. 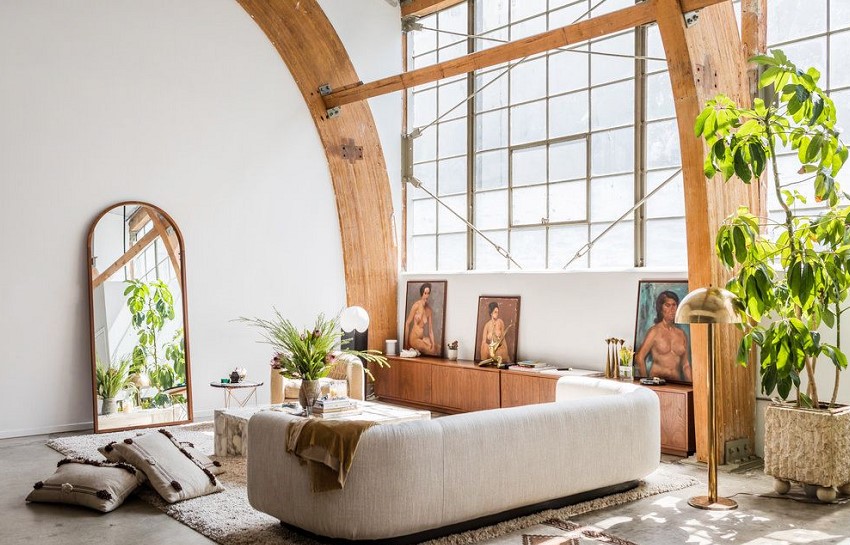 Despite the large area, you won’t be blown away by the utility bills (which will be higher than average due to the large area). You can save light as unnecessary – large windows on the entire wall will give a lot of natural light and a wonderful mood. 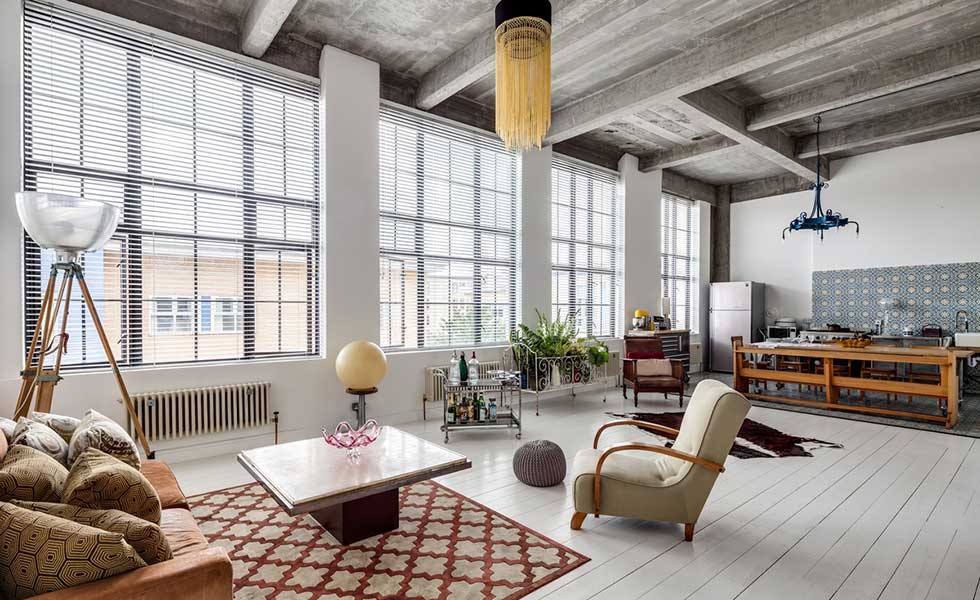 Modern lofts are no longer a cost-effective solution – a large flat on a historic site or a new build can cost you a lot of money today.

If your privacy and personal space are important to you, a loft apartment will be a burdensome undertaking for you.

Partitions can partially solve this problem and create a semblance of separate rooms, but they are unlikely to provide good sound insulation. 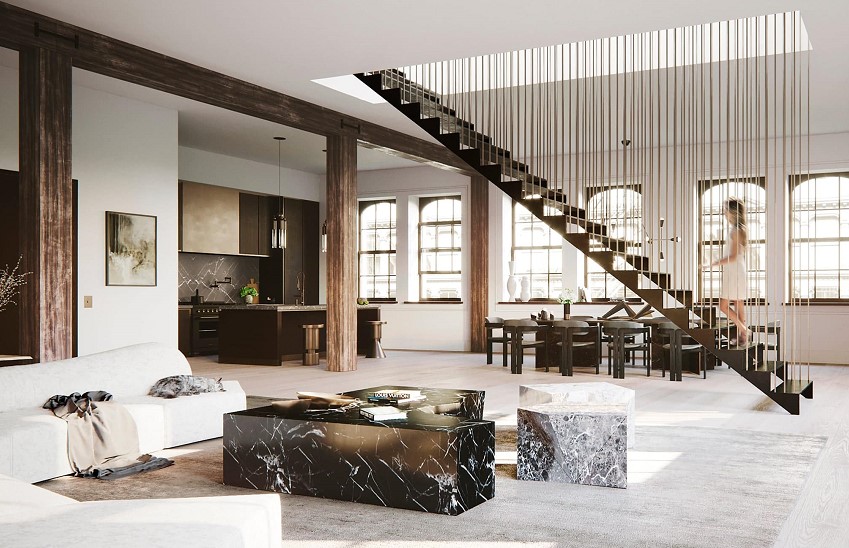 • Lack of furniture, storage space, and other benefits of civilization

Hard lofts were not originally designed for living, so you will have to spend more money, effort, and time on buying appropriate furniture, bathroom equipment, and electrical wiring.

• Any mess will be visible

The loft apartment is one large room, and you will not be able to quickly unload all the mess into the storeroom, or at least the room behind the closed door. Hard lofts require regular cleaning, which can be tiring due to the spacious area. 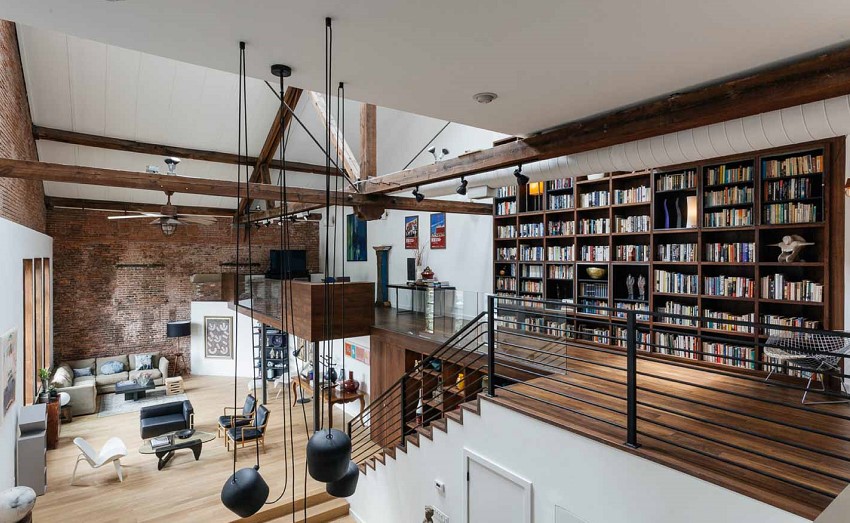 In this article, we have shared with you the main characteristic features of the loft apartment and the advantages and disadvantages of this type of housing.

We hope that now you have an idea of ​​​​how comfortable it would be for you to live and work in loft studio apartments.

View all posts by Author → 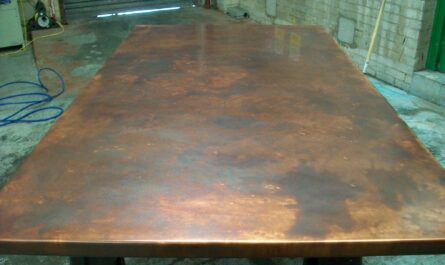 How to remove rust from metal furniture: Keep it safe and clean! 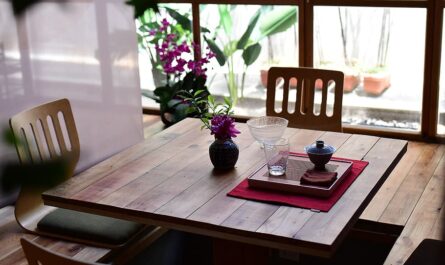 Types of steel pipes: essentials that you need to know